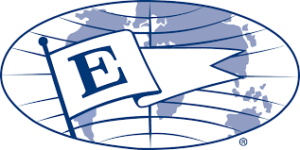 MAY 25, 2017 — SnowPure Water Technologies, which makes and sells industrial and medical water purification technologies, was presented the 2017 U.S. Presidential ‘E’ Award for Exports. This award is the highest recognition any U.S. entity can receive for making a significant contribution to the expansion of U.S. exports and is given to only a few select companies nationwide. President John F. Kennedy conceived the award in 1961.

SnowPure increased its exports from 80% to 95% from 2013 to 2016. Exporting began with three countries and has rapidly expanded with its technologies currently being sold into 57 countries (update 2022: now over 70 countries).

It is this recognition that led the U.S. Department of Commerce to award this prize to SnowPure.

Based in San Clemente, California, SnowPure makes and sells membrane-based purification technologies. These are used in various applications, such as pharmaceutical, hemodialysis, semiconductor, and power generation industries. SnowPure products are a component of ultrapure water systems.

“We are very grateful to the worldwide U.S. Commercial Service professionals who were instrumental in helping us to export so successfully,” said Dr. Michael Snow, SnowPure president. “Exporting is our focus. So much of the developing industrial world looks for environmentally-friendly American-made technology.”

Snow and Jennifer Nargizian, Manager of Customer Service, were present in Washington to receive the award from Secretary Ross.

This website uses cookies to improve your experience while you navigate through the website. Out of these cookies, the cookies that are categorized as necessary are stored on your browser as they are essential for the working of basic functionalities of the website. We also use third-party cookies that help us analyze and understand how you use this website. These cookies will be stored in your browser only with your consent. You also have the option to opt-out of these cookies. But opting out of some of these cookies may have an effect on your browsing experience.
Necessary Always Enabled
Necessary cookies are absolutely essential for the website to function properly. This category only includes cookies that ensures basic functionalities and security features of the website. These cookies do not store any personal information.
Non-necessary
Any cookies that may not be particularly necessary for the website to function and is used specifically to collect user personal data via analytics, ads, other embedded contents are termed as non-necessary cookies. It is mandatory to procure user consent prior to running these cookies on your website.
SAVE & ACCEPT